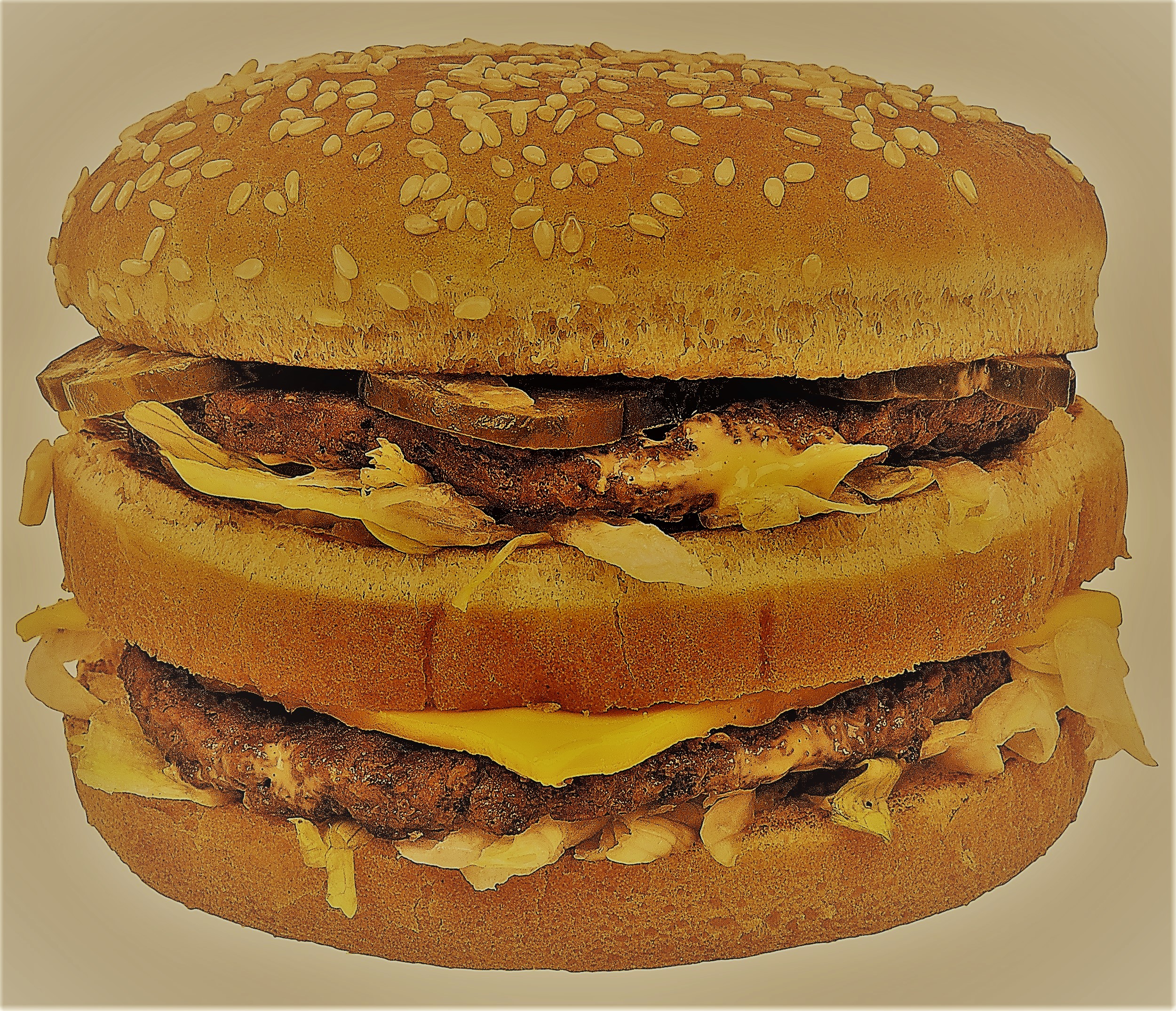 Supermac. An Irish and Northern-Irish fast food chain who have been serving the “Mighty Mac” to hungry burger lovers since 1978. With the vision of expanding into Britain and continental Europe, only one thing stood in their way: McDonald’s and their golden arches.

The “Big-Mac” burger, served by the international fast-food chain McDonalds, first started its journey in 1967 in Greater Pittsburgh. Since then, McDonald’s famous two-tier beef burger has proved to be extremely popular and secured a permanent place on the McDonald’s menu.

McDonald’s registered the mark “BIG MAC” with the European Union Intellectual Property Office (EUIPO) under 3 separate classes in 1998: Class 29 (food prepared from meat etc), Class 30 (Edible sandwiches) and Class 42 (services associated with operating and franchising restaurants etc) and have been extremely protective of their mark. Some examples include litigating to stop the use of such terms such as “McCoffee” and “McCurry”.

McDonald’s, arguing that the “similarity between Big Mac and Supermac” would confuse customers, have prevented Supermac from expanding beyond Ireland. So, what is Supermac to do to fulfil their dream of expanding and using the “Mc”/“Mac” prefix without infringing McDonald’s mark of “BIG MAC”?

Supermac’s answer: to file an application requesting the revocation of the word mark “BIG MAC” under Article 58(1)(a) of the EU Trade Mark Regulation, arguing that McDonald’s had not proven genuine use of the mark between April 2012 and April 2017.

McDonald’s, in response, submitted evidence of the use of the mark “BIG MAC” including advertising and packaging. Supermac argued that the evidence only showed McDonald’s use of the mark for sandwiches (Class 30) and not the other classes for which registration was obtained (Class 29: food prepared from meat etc and Class 42: Services associated with operating and franchising restaurants). McDonald’s argued that genuine use of the mark for sandwiches also meant use of the trademark in relation to the other classes. McDonald’s showed evidence of sales figures, examples of their website advertisement and Wikipedia extracts providing information on the Big Mac.

Unfortunately for McDonald’s, the evidence provided was insufficient according to the EUIPO Cancellation Division. They stated that McDonald’s had failed to provide third-party evidence as well as evidence that the brochures led to actual or potential purchases. The use of Wikipedia was also criticised since anyone was able to amend the page’s content. The EUIPO placed emphasis on independent evidence.

The EUIPO also commented on the lack of data provided by adding:

“…there is no confirmation of any commercial transactions, either online, or via brick-and-mortar operations. Even if the goods were offered for sale, there is no data about how long the products were offered on the given web page or in other ways, and there is no information of any actual sales taking place or any potential and relevant consumers being engaged, either through an offer or through a sale. Finally, as far as the relevant services are considered, there is no single piece of evidence that refers to any of the registered services being offered under the EUTM.”

Article 58(1) states: The rights of the proprietor of the EU trade mark shall be declared to be revoked on application to the Office or on the basis of a counterclaim in infringement proceedings:

(a) if, within a continuous period of five years, the trade mark has not been put to genuine use in the Union in connection with the goods or services in respect of which it is registered…

Registering your mark with the relevant body is an attractive way for the owner of the mark or brand to protect their identity. The mark “BIG MAC” was clearly registered in 1998 to protect the brand name and product from copy-cats or others from capitalising on the popularity of the Big-Mac burger.

We are also surprised with the EUIPO’s emphasis on third party evidence and evidence that the advertisement led to actual or potential sales as Article 58(1)(a) simply requires “genuine use” of the mark, not that the genuine use led to a specific outcome.

Stripping “BIG-MAC” of its protection opens the floodgate for similar names, leading to consumers confusing similar burgers such as Supermac’s two-tier “Mighty-Mac” burger for McDonald’s “Big-Mac”.

We do not think that this is the last we will hear of the battle of the Macs.

What do you think? Should the EUIPO have accepted Supermac’s grounds for revocation? Tweet us at @HillCooperLaw.