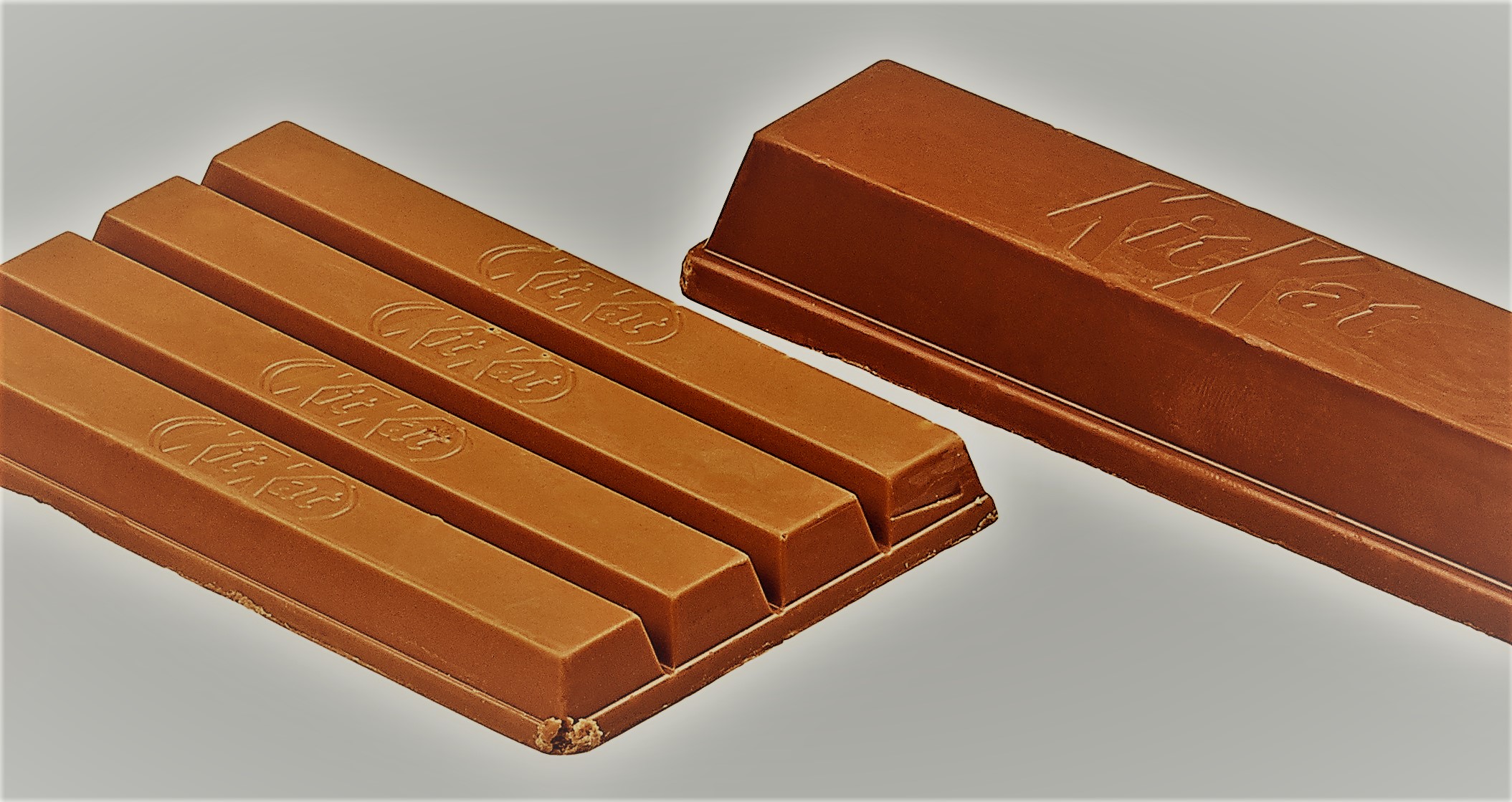 Kitkat: can they get a break?

Nestle’s battle to trademark its four-finger shaped chocolate bar, Kitkat, did not go down a treat with its competitors or the Court.

Nestle’s appeal has been thrown out of the European Court of Justice as the chocolate bar was not “well known enough throughout Europe”, more specifically: Belgium, Ireland, Greece and Portugal. This could mean an end to the chocolate being protected from copycats.

This decision comes as a relief to Cadbury’s and identical four-fingered snack ‘Kvikk Lunsj’ which has been enjoyed by Norwegians since 1937, particularly as a on the go snack for hikers.

Can’t we just have a cuppa and enjoy the chocolate goodness?

That might have been the case before Nestle applied for trademark protection in Europe for Kitkat in 2002. This might have been accepted but Nestle did not stop there, they also applied to trademark the shape of the KitKat or, more technically, “four trapezoidal bars aligned on a rectangular base”. Who could have known chocolate could be so complex?

Nestle was initially successful in gaining trademark protection which left a sour taste in the mouth of its competitors and sparked this long-running dispute. However, in July 2018, the Court suggested that the EU Trademark Office reconsider its earlier decision to give Kitkat trademark protection, essentially annulling the Intellectual Property Office’s previous decision. They upheld an earlier ruling that Kitkat was not well known enough throughout all EU member states to merit trademark protection- ouch.

Interestingly, there was a similar decision in the UK which ruled that Kitkat was not distinctive enough to trademark the shape in the UK. This basically means that the Court does not think that the four-fingered chocolate is a shape that can be relied upon on its own to indicate to the public the origin of the snack.

Following this most recent decision from the European Court of Justice, Nestle’s spoke person commented: “We believe that the distinctive shape of our four-finger KitKat deserves protection and, following today’s findings, the case will now be sent back to the EUIPO board of appeal to examine the evidence that Nestlé has filed. We think the evidence proves that the familiar shape of our iconic four-finger KitKat is distinctive enough to be registered as an EU trademark”.

Nestle may still elect to apply for numerous national trademarks to protect its chocolate from imitators but this will be far more costly and the local courts are more likely to be restrictive in their approach. That being said, the KitKat shape has already attained protection in Australia, Canada and South Africa.

The wider implications of this latest ruling are that the increasingly popular attempts by companies to protect elements of their respective products such as shape and colour must now contend with the high bar set by this case.