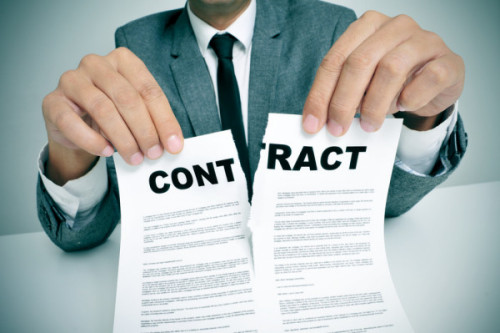 We have all felt ripped off at some point, after entering into an agreement that is not quite what we expected. We have bought tickets to attend a concert and it gets cancelled at the last minute. We have entered into a commercial lease but the conditions are not as promised. Or you may be worrying about how Brexit may potentially impact on your trading business. If none of these circumstances are self-induced, you may be considering the doctrine of frustration.

Frustration has served to justify the discharge of obligations in the occurrence of an event which renders the performance of a contract impossible, illegal or radically different from what the parties intended. It may be true that your contract is frustrated to some extent, however, if the other party is prepared to keep his/her promise, there is no reason why they should be punished for an event that is not self-induced. That being said, if you are thinking about relying on this defence, you may want to consider the following first:

Impossible or Illegal Contract? In Ertel Bieber and Co v Rio Tinto Co Ltd [1918] AC 260, the contracts to sell ore between England and Germany were suspended during World War II as it was deemed ‘illegal’ to trade with the enemy. Conversely, a classic case of impossibility of performance is illustrated in Taylor v Caldwell (1863) 3 B & S 826, where the plaintiff’s venue for summer concerts was destroyed by fire – making performance impossible. Both cases confirm that only the perishing or destruction of an essential component of a contract or a supervening, unforeseen event would render performance impossible. Although demonstrably extreme, this evidence how complex it is to invoke ‘frustration’ as an argument.

Freedom of Contract or Implied terms? Some judges may imply a term and others will respect the freedom of contracting principles. The general view is that the force majeure clauses in a contract are the primary instruments to understand what the parties expressly stipulated regarding those ‘supervening events’ and losses suffered in a potential discharge of performance. Lord Wright has explained that the real basis of frustration is based on facts and not implying conditions.

In light of the above, it can be said that ‘the law is only doing what the parties meant to do themselves’ and the courts should have no absolving or qualifying power nor make contracts for the parties. However, others question whether the parties would have agreed to the outcome if they had actually foreseen the supervening event. Earl Loreburn in Hirji Mulji v Cheong Yeu Steamship Co Ltd [1926] AC 497 added: ‘Were the altered conditions such that, had the parties thought of them, they would have taken their change of them?’. This inconsistency seems not to give certainty or a firm precedent. Consequently, it could be said that the possibility of an implied term could collapse a frustration defence like a house of cards.

Just and Reasonable? Viscount Simon mentioned that frustration concerns the ‘uncontemplated turn of events’ rather than justice and reasonableness.  In Denny, Mott & Dickson Ltd v James B Fraser & Co Ltd [1944] AC 265, some concerns were raised that frustration could result in disadvantage and injustice for one of the parties involved.  Reality is, that some judges may not embrace the idea of modifying a contract to automatically discharge it. Academics such as Fengming Liu (University of Washington School of Law), argues that having an objective approach like this one, may threaten the sanctity of contract. As a result, you should consider that in most cases, courts may prefer to enforce a contract rather than qualifying it.

Substantially Different Obligations? Parties may only agree to perform to an extent – therefore, if there is a substantial term that you have not consented to perform, this may be your smartest foundation according to Anson’s Law of Contract. Bear in mind that the incidence of loss or delay or onerousness is not sufficient to frustrate a contract. The events must radically change the agreement.

The “Sea Angel” (2007) 2 LLR 517 case states that there has to be “a break in identity” between the contract and its performance to cause frustration. Asquith LJ has mentioned that these ‘change of obligations’ must be fundamental enough to modify the job initially agreed to a job that is completely different in kind… and that the contract must not have contemplated this transformation nor be capable of applying it’.  For that reason, you may examine whether the construction of the contract is actually broad enough to apply to the new situation.

Terminating a contract or discharging liability under the frustration argument is a difficult task. It requires a genuine ‘supervening event’ for the courts to render a contract cancelled or suspended. The complication lies in where the courts will draw the line and whether the doctrine is acting as a fair device. In cases where you have merely made a bad bargain, relying on frustration may not be your best move.

For further information and a free-of-charge initial consultation regarding this topic or any other Commercial matter, please contact Ms Joy Akah-Douglas – Department Head & Solicitor-Advocate; Paula Bayona – Legal Assistant, or any of our Hillary Cooper Law Team.